Like everyone, it’s been challenging to be resilient in the face of a global pandemic, climate meltdown, and sixth mass extinction. Writing anything has been hard, drawing has been easier, perhaps because the only thing I think about is ‘which colour should this leaf be?’ ‘Do I have enough coloured pencils?’ (the answer to the last question is always no).

Finally I’m back at work, albeit inevitably with some hours cut. It feels good to have some kind of schedule again after the weird melding of time. Each week rolled by with little to distinguish the days (who cared if it was a Monday or a Saturday?) except for some online exercise and drawing classes and then in June socially distant mountain bike lessons that I’d been hankering after for two years.

Providing the most effective and immediate salve to anxiety however, has been being getting outside; like so many during this time I’ve found I can ground in nature. I recognise and am so grateful to have that privilege here in Western Canada. In late June the Provincial campgrounds finally reopened and a couple of weeks later we headed out to enjoy the luxury of large tent sites and a different view. 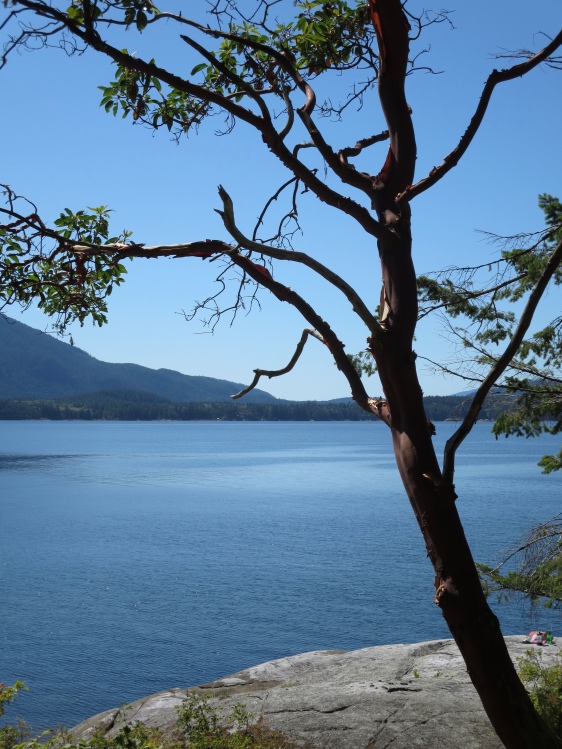 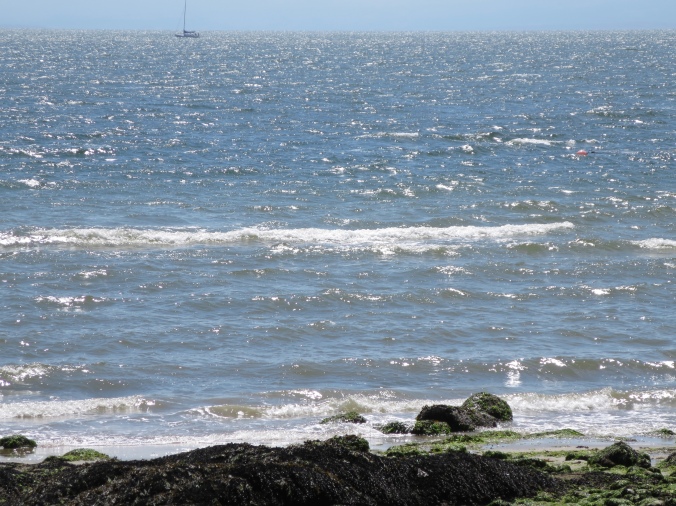 When the smallness of our tiny apartment proved more challenging than anticipated with us both at home so much, four or five days camping in the Okanagan and on the Sunshine Coast were like islands of relief. Like many, we’ve had to manage our expectations: of ourselves, of each other and of each day. It’s a time of emotional adjustment and of building psychological resilience. Never a bad thing.

We’ve learnt how to grow things, well partly. We took over a community vegetable garden and it’s probably been about fifty per cent successful. Which is okay, I’ve had to manage my expectations around that too. Sometimes you lose plants to insects, sometimes the plants thrive. It’s all a learning curve. The dahlias did well.

And with autumn arriving in a flurry of fog, rain and wind, we’ve had to adjust to the fact that if we’re going to spend as much time outdoors as we can, we’re just going to have to accept that sometimes we’ll be cold, damp and sitting in fog in the campground. Which happened last weekend on Salt Spring Island. And that was okay too. 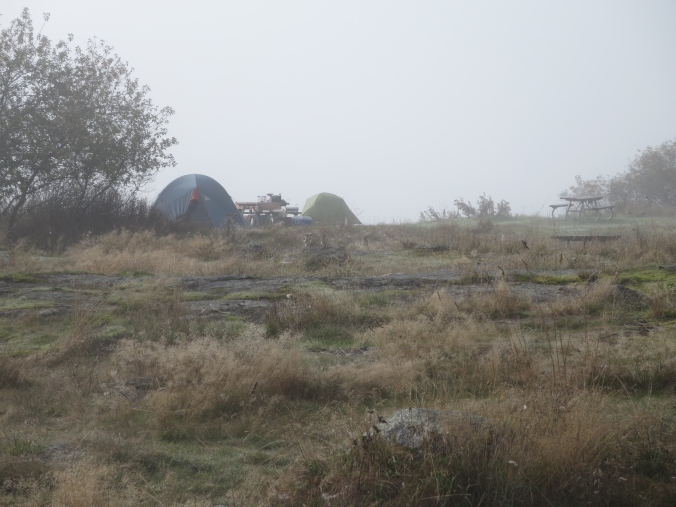 Dewy cobweb in the morning fog