A few years ago I was in France for a family holiday (that country is becoming a bit of a theme in my life) and managed to get to a lavender museum and shop which sold some of the best smelling lavender I’ve ever come across. It’s basically the champagne of lavender as far as I’m concerned. The museum is associated with a farm in Lagarde d’Apt in Provence, which Scott and I almost managed to get to on our cycle tour. I say almost ‘cos it was where we were headed on a day trip after a delicious outdoor lunch in a narrow alley way in Simiane-la-Rotunde. A couple of times the sun broke out, looks idyllic doesn’t it?! 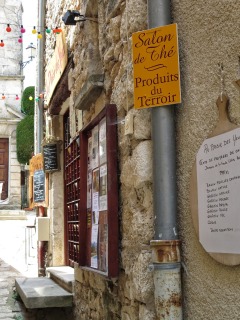 We had to rush to eat this fabulous tasting pâté

But the owner of the restaurant kept darting out to bring and collect dishes and would stare upwards with frequent worried looks as clouds collected and darkened. Much sotto voce muttering was going on and she started moving faster and faster to clear away tables and chairs as diners finished up. As the first sounds of thunder rumbled across the sky we realized we should probably head back to our hotel in Sault rather than riding up to an area that’s high and exposed (Lagarde d’Apt also has an observatory). Just as well, our trip back was a drenching one. Hailstones the size of small rocks painfully bounced off our hands. Thunder and lighting rolled around us and we could barely see each other on the road through the downpour. We briefly considered lying in a ditch to get down low in an area that was flat and open to hide from the lightning, we were on moving lightning rods after all, but opted for huddling under some bushes in a driveway. A woman was trying to start her flooded car outside the house nearby, ignoring us completely. Finally her car fired up and she drove past with the briefest of nods as we stood on her property, water pouring off us.

Back to the museum though. Being the Aromatherapist that I am, it was a great experience. Lots of distillation units, the history of lavender growing in the region and plenty of info about this great oil. 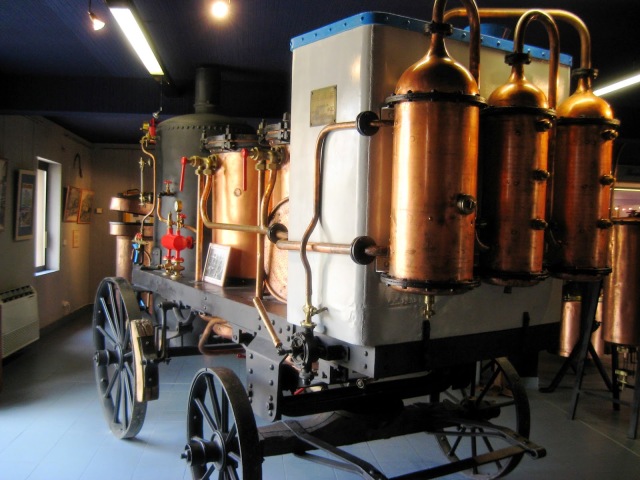 Provence is famous for it’s production of lavender and related products. The plant is a significant part of the local economy. ‘Lavender is the soul of Provence’ as Jean Giono said, a famous french author who lived and wrote in the region. He penned novels such as The Horseman on the Roof (now there’s a romantic, hallucinogenic story, and movie, if ever there was one) and The Man Who Planted Trees (a deceptively simple story that sparked numerous conservation endeavours. It’s also the smallest, shortest book I’ve ever bought).

Frankly it’s just beautiful to ride around and see the fields beginning to show the first blush of purply blue flowers.