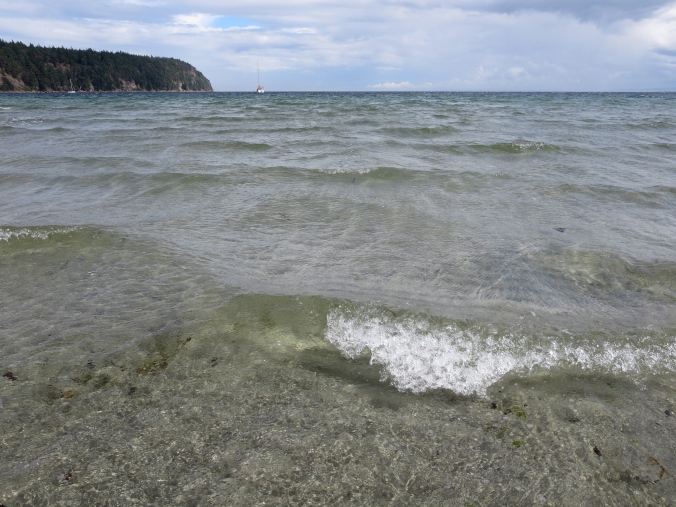 Picture if you will a spout of water blown forcefully from the surface of the water in the distance, followed by the graceful arc of a dense, dark back and fin carving through chilly ocean.

Or an almost imperceptible rustle before a large black bear drops onto a path behind you barely twenty feet away and saunters off in the opposite direction, confidently turning its back but with one ear flicked back to track your progress, then just as quietly reaches up into a berry bush on a nearby slope and disappears.

The first encounter (barely a word you could use here) was of a distant view of whales, I’m not even sure if they were Humpbacks or orcas, from a ferry as we made our way to the Sunshine Coast, and the other of a bear, up close and personal, as we mountain biked in nearby Squamish. A minute later riding down a foot-wide board walk and we’d have bumped into our furry friend. I was almost tempted to take a photo as he ambled away, but I didn’t want to be that person, he/she knew we were there and he/she was making sure we didn’t hang around.

More prosaically, walking out of our apartment building one day, I stopped and stared, not sure if I was seeing what I was seeing. A marmot, equally frozen, staring back at me. A marmot, in Vancouver! Coyotes, yes, a significant variety of bird life, yes. Even a Humpback Whale in the Burrard Inlet (how magnificent and hopeful is that). But a marmot? Finally the furry critter took off before I could move, I can only hope he found his way to a less hostile environment (marmots have been known to hitch rides from the Okanagan in trucks and railway cars).

I love to be near where the wild things are, knowing they still have a chance, however depressingly slim, to survive and dare I say perhaps to thrive if we can get our act together. 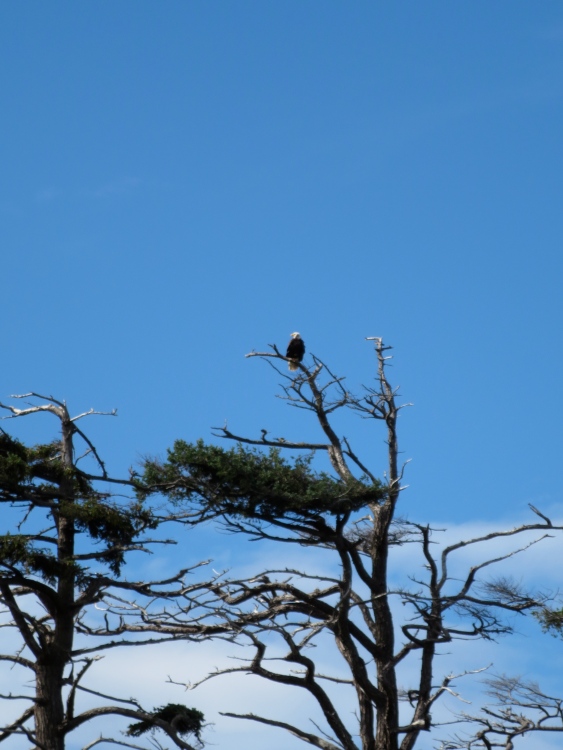 Distant shot of a bald eagle.

2 thoughts on “Where the Wild Things Are”